Hippodrome / Sultanahmet Square / Horse Square: Horse Square is the name, which is given to the area in front of Sultan Ahmet Mosque by Ottomans until XIX. Century. As it is known, there was a Hippodrome Structure in Byzantine period here and horse cart races are used to be organized here. Hippodrome, which is started to be constructed by Roman Emperor Septimius Severus (193-211), could be completed in 325 during the period of emperor Constantine The Great I (306-337). Structure in the groups. Hippodrome suffers great damage as well as many structures during Nika Riot, occurred in Hippodrome 532. Horse Square also witness triumphal procesions, glorious weddings, meetings, festivals, plays, important historical and social events in the Ottoman period. Monuments such as Obelish, Wreathed Column, Brick Column were located on the wall with large partition, called spina in the height of human, with open edges and dividing Hippodrome Square into two parts from the middle and thoroughly.

Also the location of our tourism agency serving in istanbul is close to the hippodrome.

Do you think Turkey Tour? 🙂

We are travel agency in Istanbul.

This site uses Akismet to reduce spam. Learn how your comment data is processed. 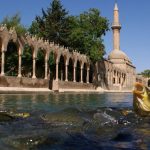 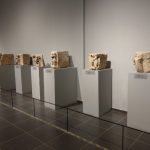